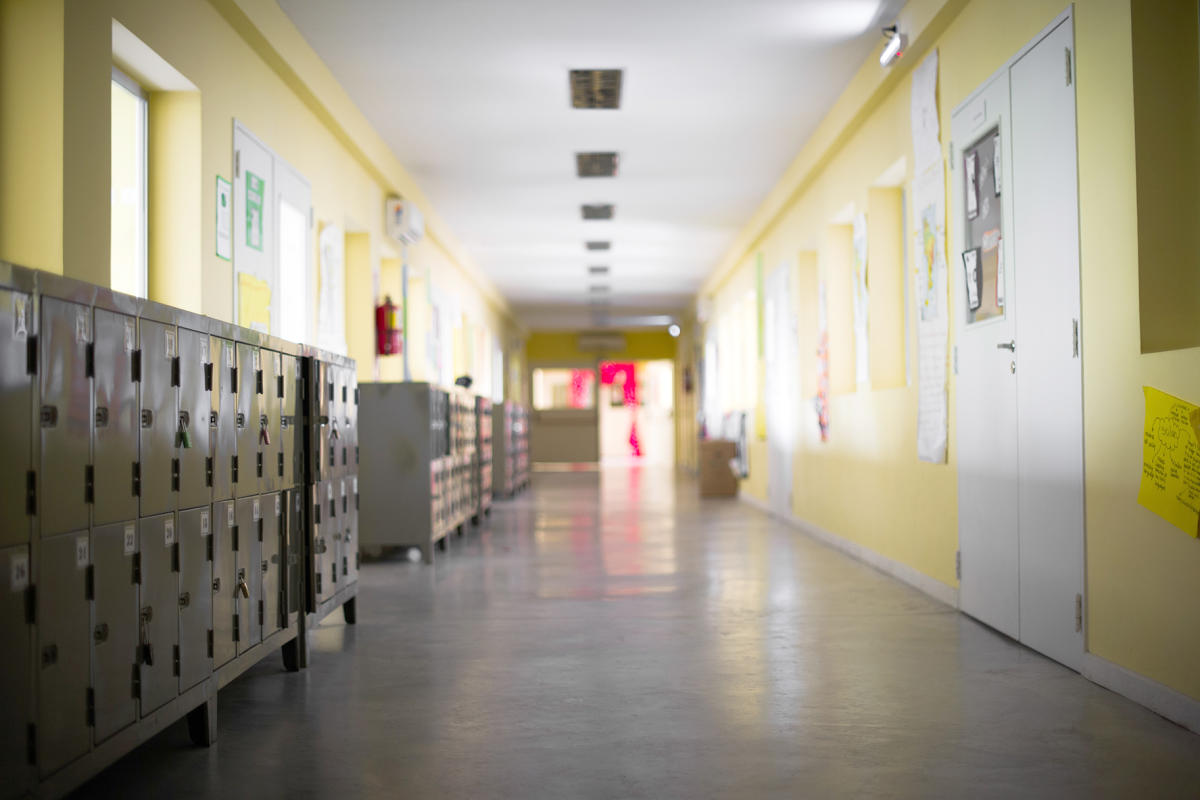 A Florida teacher accused of striking one of her students is fighting to clear her name after criminal charges were dropped.

Caroline Lee, 61, was charged with third-degree child abuse following a 2021 incident where she allegedly assaulted a female student while employed with the Duval County Public Schools (DCPS) district. Lee, awarded “Teacher of The Year” just before the allegations, was accused of physically confronting an eighth-grader in private and hitting her with her hands over comments made on a social media post.

On Aug. 19, the State Attorney’s Office dismissed charges against Lee when the victim’s story reportedly fell apart, according to Jacksonville’s WJXT.

Lee had been arrested on Oct. 29, 2021 by the Duval School Board Police and booked into the Duval County Jail, which she described as a “slight glimpse of Hell.” Pending a criminal investigation, the ninth-grade English teacher was stripped of her title and banned from working within the school district.

Lee spoke with WJXT on Tuesday to discuss how the allegations ruined her otherwise-good name and demanded the school district extend an apology.

“I was in my peak place, you know,” Lee told the outlet. “I’ve been at the school now 10 years, and I was ‘Teacher of The Year,’ and my students love me… I just love teaching, and then in a snap of a finger, you know, with no warning, it was all taken away from me.”

Lee told the Florida Times-Union it was a case of “crying wolf.”

The incident began when the school district published an Instagram post congratulating Lee for earning “Teacher of The Year” with the Darnell-Cookman Middle/High School. But several students took to the comments section, accusing the teacher of perpetrating “microaggressions,” such as the use of the N-word. Lee responded in the comments by noting she only used the racial slur when discussing the book “Of Mice And Men” by John Steinbeck, which was part of the teaching curriculum.

One of the commenters — an eighth-grader whose name was never disclosed — also added to the conversation with a message Lee perceived as threatening.

According to a disposition statement obtained by WJXT, the State’s Attorney’s Office confirmed the student did make threatening statements against Lee in the days leading up to the attack. The student allegedly wished death on Lee.

Lee said she didn’t feel the need to report the comment but decided to meet the student one-on-one the following morning.

“I said, ‘You know what? Before this gets out of hand, let me call the student in and explain to her that, you know, social media… once you put it up there, it’s up there,’” Lee told WJXT.

The alleged victim was not one of Lee’s students.

“I had my poster on my wall, which is like an anti-cyberbullying poster, and said, ‘Don’t be a cyberbully,’” Lee continued. “‘Now go back to your class.’ And out the back door, she went. And I was just carrying on with what I was doing. The next thing, the assistant principal comes and said, ‘Please come with me.’”

The student denied making threats online and claimed Lee “reached across the table and struck her on the face with the heel of her palm.”

The female reported that Lee continued to strike her on the head while calling her a “f—–g b—h,” something Lee vehemently denied. The student claimed she tried grabbing Lee’s hands to stop her when Lee allegedly kicked her in the shins.

The victim reportedly arrived at a guidance counselor’s office with a nosebleed.

Police reports initially seemed to align with the victim’s narrative: Authorities said surveillance footage showed Lee leaving her classroom and entering the victim’s classroom before escorting her back “at an aggressive pace.”

“I am an athlete,” Lee has since told the Times-Union. “I walk fast everywhere. Some of my students who saw the detail told me, ‘Ms. Lee, they just don’t know you.’”

Moments later, surveillance video captured the student exiting Lee’s classroom with her hand to her face before heading toward the guidance counselor’s office.

Lee told the Times-Union she never even saw the girl’s face because she wore a mask.

“Maybe she went to the bathroom and set something up,” Lee remembered thinking. “It was also Halloween weekend, so kids had funny things, fake blood, fake scars, all sorts of things.”

She told the Jacksonville outlet that an investigator eventually showed her a photo of the victim, which displayed the minor with a nosebleed and messy hair.

“Literally, my mouth went dry. My palms were sweaty,” Lee told reporters. “’What is this? How? Have I been framed?’”

But according to the recent disposition from the State Attorney’s Office obtained by WJXT, there were holes in the victim’s story.

“Even though the Victim appeared with blood present, the pictures do not prove beyond a reasonable doubt the blood resulted from a strike,” according to the court records. “The Defendant has been constant in her denial of the account, and the physical size of the parties and description of events is consistent with her account.

According to the disposition, it would have been “extremely difficult” for Lee — who is 5’2” — to reach the victim’s face.

“Additionally, the Defendant has a viable argument that the Victim reported the incident in an effort to avoid another disciplinary action from the school administration,” the disposition stated.

WJXT reported the student had a school disciplinary record that included a physical fight and five days of suspension.

Ultimately, however, Lee was arrested.

The State Attorney’s Office’s decision to drop charges also stemmed from testimony by the student. According to WJXT, Lee also passed a polygraph test when denying the physical altercation.

“And what was really upsetting to me was, you know, I was guilty until proven innocent, which is very mixed up,” Lee told the outlet.

Since the ordeal, Lee has found work with a local private school but maintains the most difficult part was being away from her students.

Lee told the Times-Union that she is speaking out because she is “terrified other teachers will be treated the way I was.”

“There comes a time when we have to say enough is enough,” Lee stated. “My administration did not protect me. My other teachers did but were told to be quiet. The student went on to begin the ninth grade. And I’m not allowed to return.”

Oxygen.com did not receive an immediate response from the DCPS district, but they previously declined WJXT’s requests for comment pending an ongoing investigation within their administration.